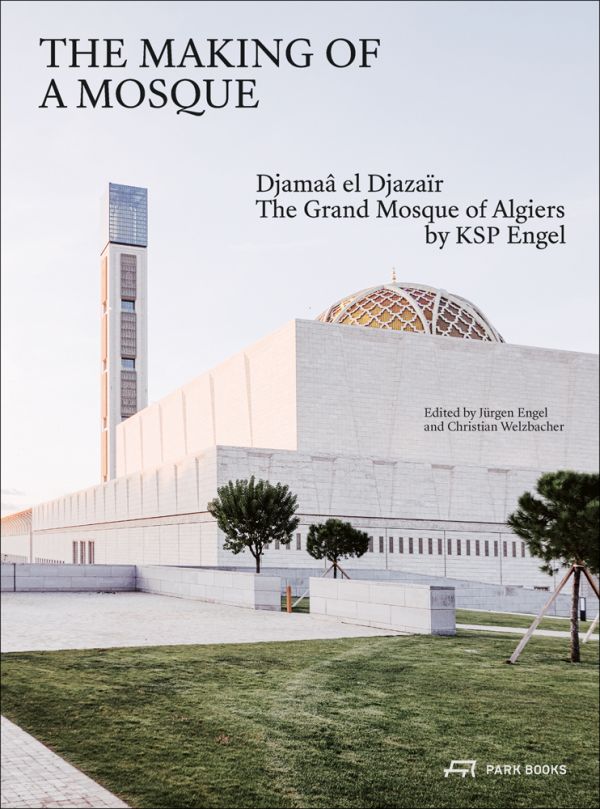 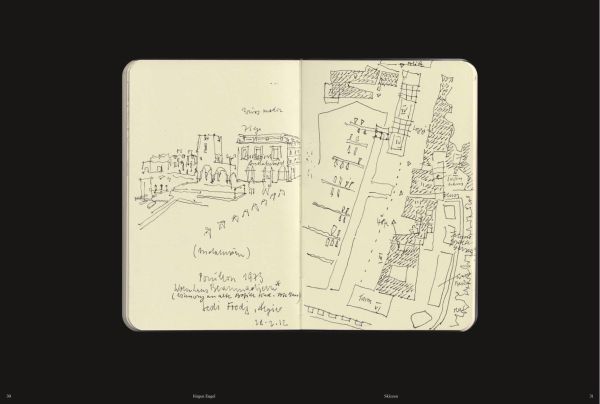 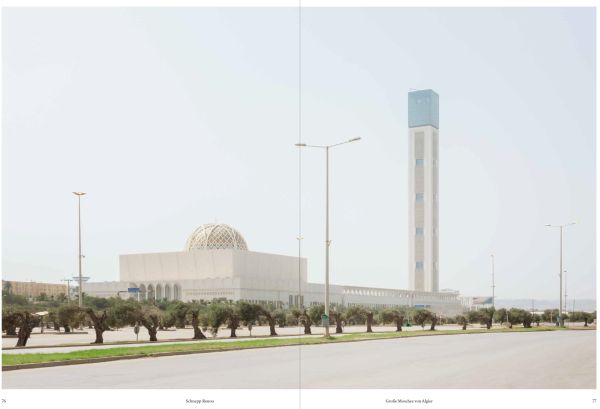 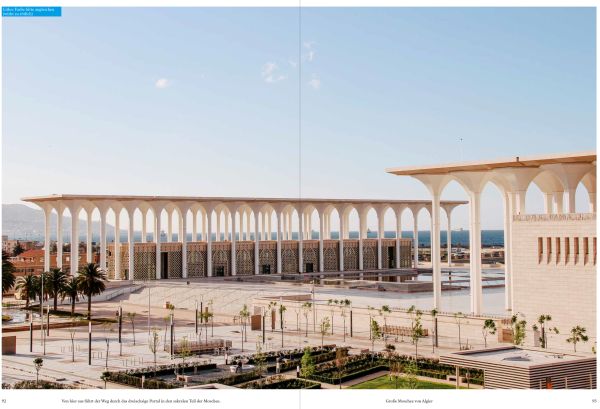 The Making of a Mosque

Djamaa al-Djazair – The Grand Mosque of Algiers by KSP Engel

Symbol of Islam, monument of superlatives, and the heart of an entirely new metropolitan district: the Djamaa al-Djazair is an edifice with many different facets. In 2008, KSP Engel’s design won the international competition for Algiers’ new Grand Mosque, which was completed in 2019 after more than a decade of planning and construction work. The vast structure runs along the Bay of Algiers’ shoreline well over 600 yards. A giant 148 feet-high dome covers the main prayer hall, the 870 feet-high minaret constitutes Africa’s tallest building to date. Surrounded by extensive gardens, the entire complex houses a range of functions, including a museum, a Quran school, a library, a convention centre, and a cinematèque. It forms a unique religious, cultural, and economic centre that is a magnet for the entire region. And it unites as an intercultural undertaking genuine Algerian craftsmanship with superb Chinese efficiency, and meticulous German planning and engineering skills.

This book tells the full story of how Algiers’ Djamaa al-Djazair, the world’s third-largest mosque after those of Mecca and Medina, was created and constructed and documents this singular structure in rich detail and lavishly illustrated. A historical and typological classification of the building in the long history of mosque construction rounds out this stunning volume.

Jürgen Engel established KSP Engel in 2009 in Frankfurt, following his studies at Technische Universität Braunschweig, ETH Zurich, RWTH Aachen, and MIT, and working for other firms and as a freelance architect. The firm today runs offices also in Berlin, Braunschweig, Hamburg, Munich, Beijing, and Shenzhen, and has won numerous national and international awards for realized buildings in Germany and China.

Christian Welzbacher is a Berlin-based scholar of art history and freelance writer, publicist, and curator. 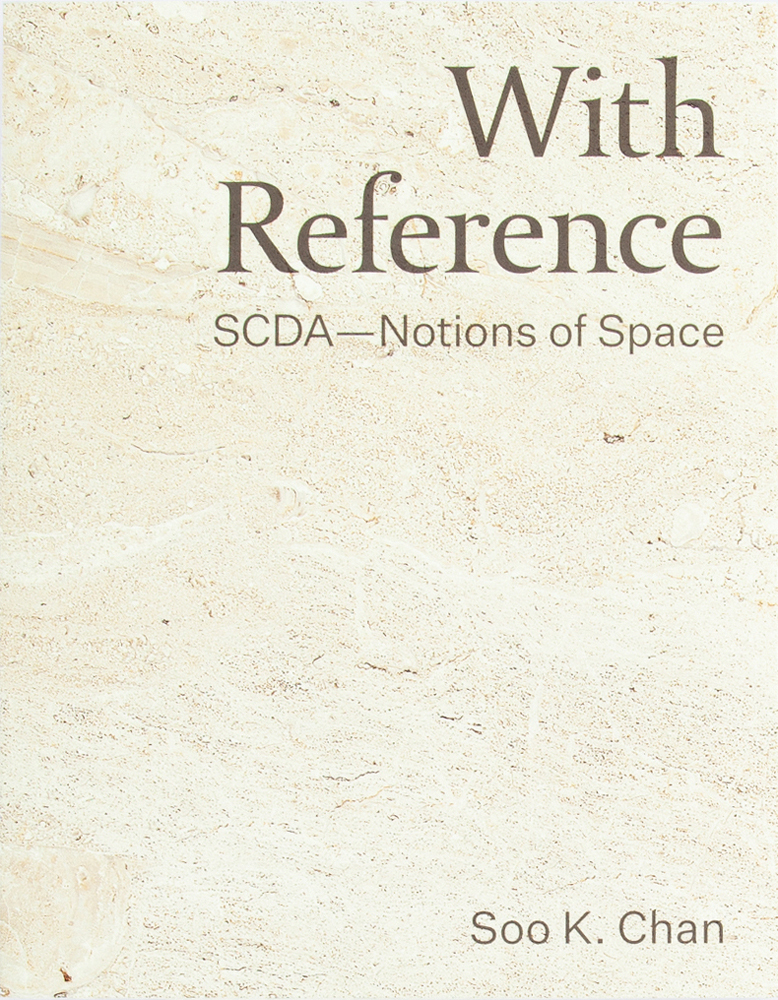 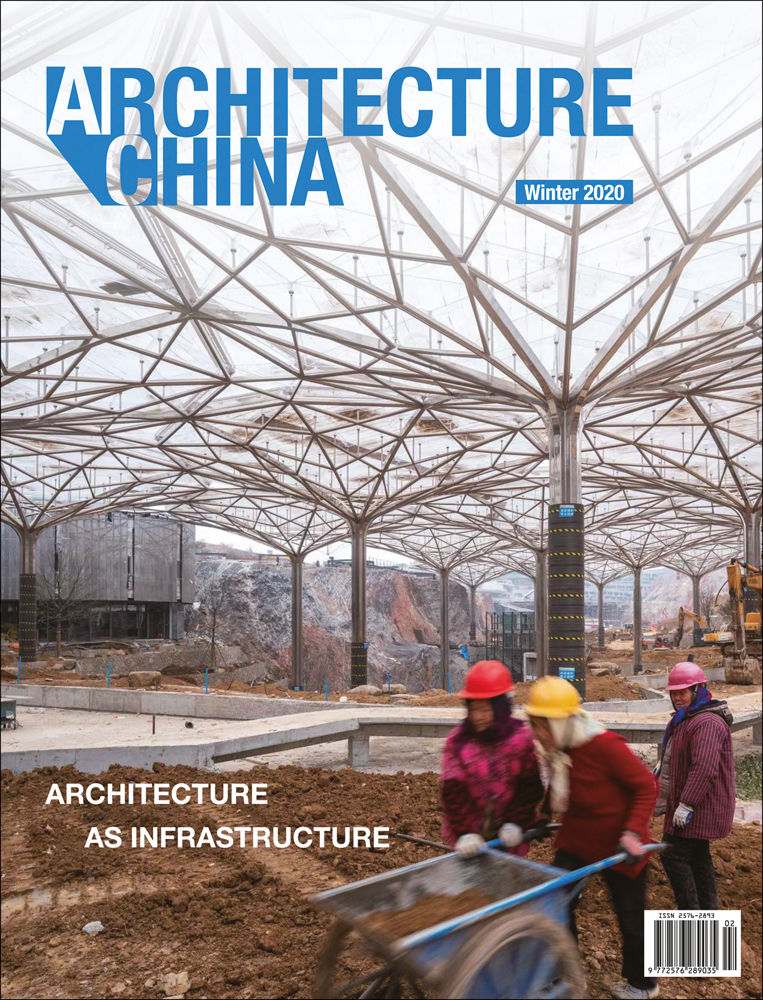