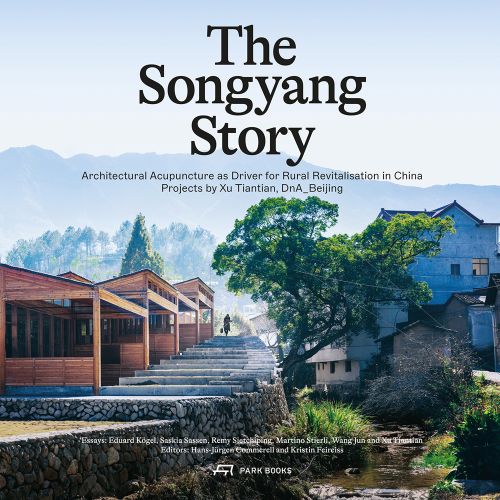 In 2014, Xu Tiantian, founder of Beijing-based studio Design and Architecture (DnA) began to work in Songyang County, in China’s Zhejiang Province. Her exemplary holistic planning concept of Architectural Acupuncture, which has gained the support of local administrative and political leadership, aims at revitalising rural areas and comprises the renovation of production plants and of tourist and technical infrastructure as well as the creation of venues for culture and education and of social housing. Each of Xu’s small-scale interventions at local level is unique, only the small budget is common to all of them. Moreover, they are all inter-related with each other and in their entirety serve the broader goal of mutual enhancement.

This book introduces Xu’s concept of Architectural Acupuncture and discusses the influence of architecture on cultural self-understanding and economic renewal in 21st-century rural China. It features some 20 new buildings and conversions of existing structures with diverse functions. Published alongside are essays by international economists, sociologists, and curators as well as by the secretary of the Songyang County Party Committee, examining the social, political, and economic implications of sustainable planning and collective action in the Chinese province.