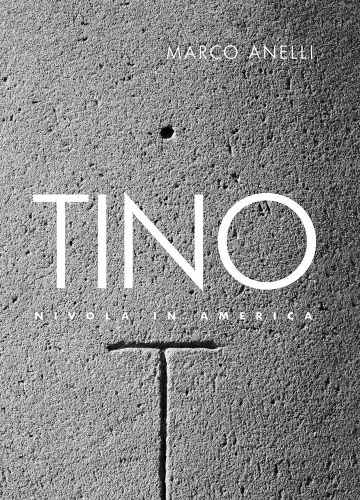 The book presents a masterful photographic campaign through which Marco Anelli documented the public works of Costantino (Tino) Nivola (1911-1988) in New York.

Through a skilful modulation between light and shadow, distinctive of Anelli’s language, the images – strictly in black and white – offer a profound and evocative understanding of the sculptor’s work – a leading figure in the 20th century art scene – but also of the context that houses them, thanks to the involvement of the surrounding community that participated in the work of the photographer.

The project therefore investigates the works by Nivola scattered throughout the five districts of the city (Manhattan, Brooklyn, Queens, The Bronx, Staten Island) with the aim of highlighting them, relaunching their knowledge and encouraging their preservation through shared awareness.

Known for his large-scale architectural reliefs, Costantino Nivola (1911–1988) was a sculptor, painter, designer, and teacher. Born in Orani, a village on the Italian island of Sardinia, Nivola began his career in 1936 working as a graphic designer for the Olivetti company in Milan. In 1938, he and his wife, Ruth Guggenheim, a fellow student at ISIA, fled fascist Italy for Paris before emigrating to New York City in 1939, where they set up a home in Greenwich Village. Throughout his life, Nivola was also committed to art and design education, and held posts at the Harvard Graduate School of Design, Columbia University, Dartmouth, and Berkeley. He exhibited his non-commissioned work regularly in both the United States and Italy.

After specialising in darkroom photography in Paris, Marco Anelli (b. Rome, 1968) began working on photographic projects that evolve over time. His themes and subjects include sculpture and architecture, sport and classical music. In 2010 he carried out a personal project during Marina Abramovic’s “The Artist is Present” at the Museum of Modern Art in New York. From 2014 to 2017 he documented the construction of Magazzino Italian Art, a museum devoted to postwar and contemporary Italian art in Cold Spring, NY. In 2018 Anelli began “First American Portrait,” a series of portraits capturing new American citizens immediately after their participation in the United States Oath Ceremony, revealing the diversity of today’s American immigrant population. Marco Anelli lives and works in New York City.