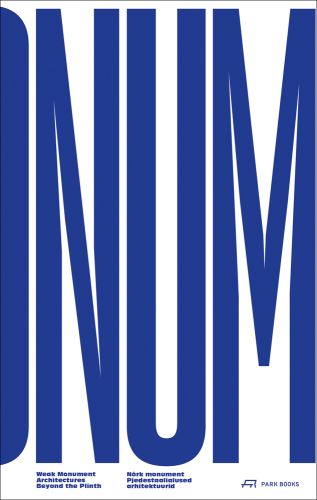 Architectures Beyond the Plinth

Monuments represent power: explicitly and simply, but not universally. In Estonia, the classical notion of a monument is a strange one. Its presence is marginal, its tradition non-existent and its form tormented by an apparent cultural displacement. The statue on a square never claimed the central position so common in Western Europe. This semantic void directs attention to other, less exceptional pieces of architecture. Sometimes a stairway marks a politically charged location, or a pavement becomes symbolic. Instead of explicit meanings inscribed in marble and bronze, an implicit charge is revealed that might be weaker yet more relevant, for what is only implicit cannot be openly questioned. Weak Monument explores the blurred line between a monument’s explicitly political form and the architecture of everyday. It juxtaposes classical monuments with seemingly insignificant architectural objects and public space in a collection of images and drawings, archival as well as newly commissioned ones, alongside essays and brief texts. Contributors include such eminent guests as Tom Avermaete, Professor of Architecture at the Delft University of Technology; Margrethe Troensegaard from Ruskin School of Art, University of Oxford; Eik Hermann, Estonian theorist and philosopher; and Toomas Paaver, Estonian architect and political activist.

Published to accompany the Pavilion of Estonia, 16th International Architecture Exhibition of the Venice Biennale, 26 May – 25 November 2018.

Text in English and Estonian