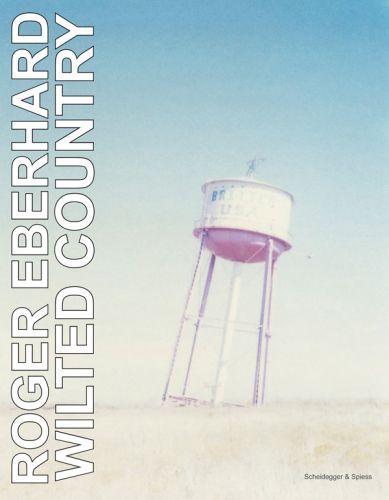 Roger Eberhard, Swiss-born and American-educated photographer, conceives his works as series, taking-up impulses and inspirations for new projects from any possible source, such as a story he learns about or media reports catching his attention. He is particularly fascinated by people in the landscape, or rather the absence of mankind from a place leaving it again to nature and weather. But he has also done series of portraits of people in their given environment. Some series he has created in collaboration with other artists. In late 2008 Eberhard set out for a campaign searching for the visually lyrical backstage of the United States. His road-trip stared in Reno, Nevada, and led him through the states of Montana, North and South Dakota, Nebraska and Wyoming to Denver, Colorado. From there he continued his journey to Kansas, Oklahoma, Texas, New Mexico, and finally across Arizona back to Nevada. The resulting series Wilted Country is published for the first time in this book. The resulting, highly atmospheric photographs show the enduring impact humans have on their landscape and simultaneously offer an evocative tour through the past and present of the American West. The images are accompanied by essays by Anthony Bannon, director of George Eastman House International Museum of Photography and Film in Rochester, NY, and by the young German novelist Benedict Wells. Text in English & German.

Roger Eberhard, born 1984 in Zurich, graduated in photography from the Brooks Institute of Photography in Santa Barbara, CA, in 2007. He lives and works as free-lance photographic artist in Berlin and Zurich. Walter Keller lives and works as free-lance publicist in Zurich, where he also runs an art gallery. He was formerly publisher of Scalo publishers in Zurich and New York City. Benedict Wells, born 1984 in Munich, lives and works as a writer in Berlin. His highly acclaimed first novel Becks letzter Sommer was published in 2008, his second, Spinner, in 2009 (Diogenes Verlag, Zurich, both in German).