Following the gallery’s first exhibition tribute of the work of Raymond Cauchetier in 2015, this is a second exhibition, celebrating 100 years of this unique photographer.

After reporting on the Indochina War in the 1950s, Raymond Cauchetier returned to France and began a career as a still photographer in the summer of 1959 alongside Jean-Luc Godard on the set of the cult film, Breathless – the emblematic film of the French New Wave. 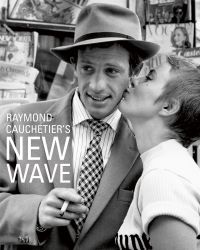