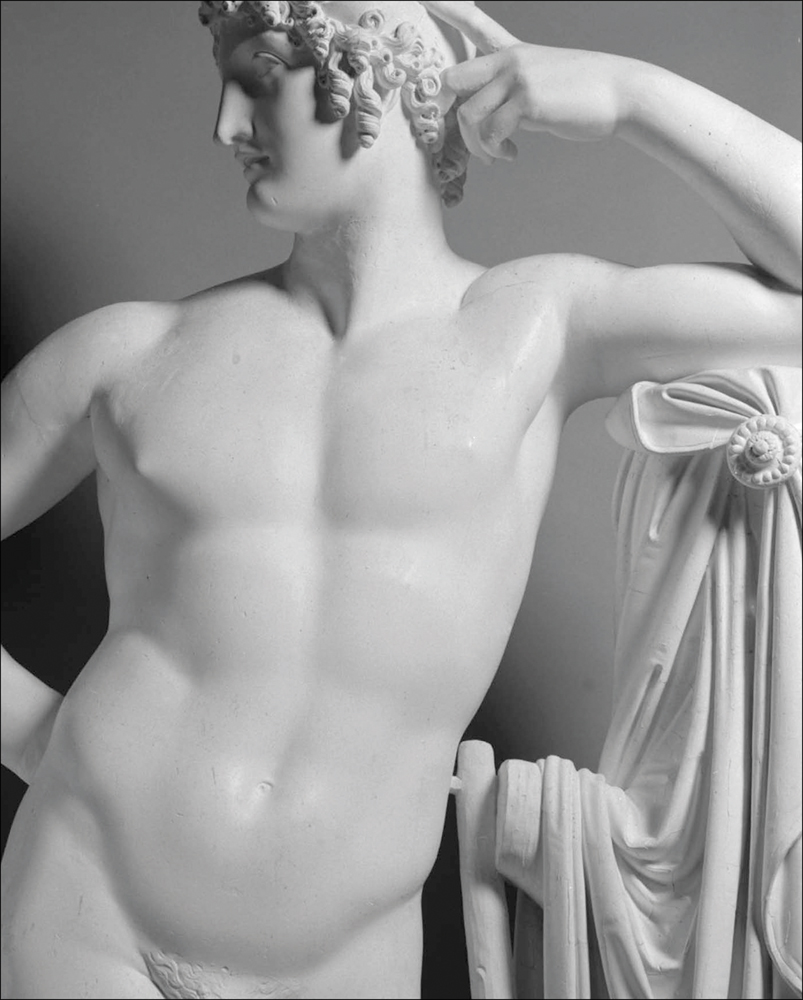 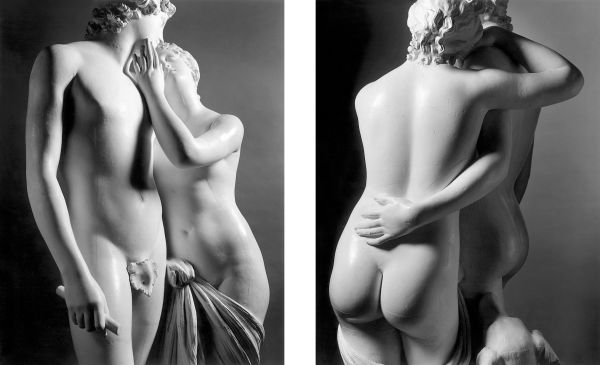 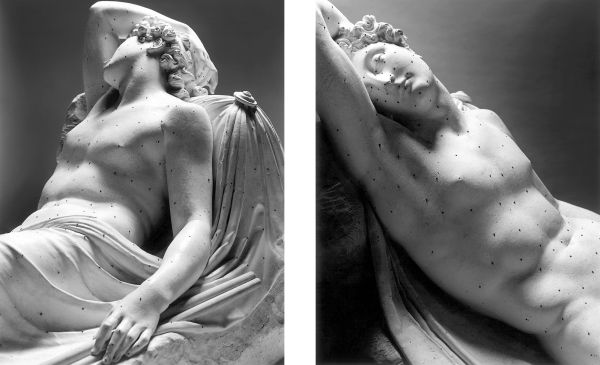 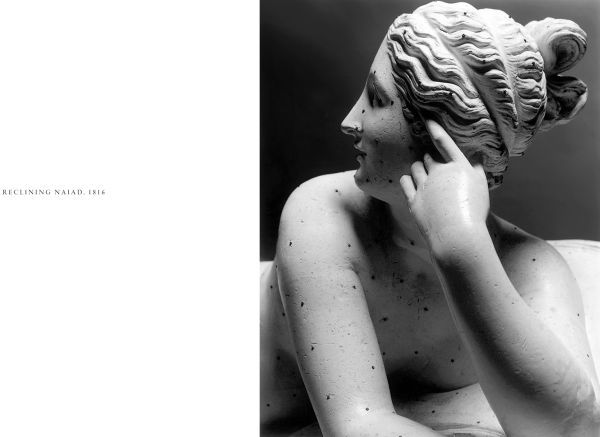 This volume is a continuation of the first instalment of the editorial project Canova | In Four Tempos, ISBN 9788874399215, born in co-edition with the Pallavicino Foundation in Genoa with the goal of collecting in a refined publication the photographic research of Luigi Spina focused on the plaster models by Antonio Canova almost entirely preserved at the plaster cast gallery in Possagno.

This project accompanying the four-year Canovian celebrations (2019–2022) is structured in four publications, each focused on a specific nucleus of plaster models. Its aim is to give new dignity to Antonio Canova’s creative process while highlighting the fundamental role of the bronze nails (repères) that made the metamorphoses from plaster model to marble sculpture possible.

The first volume is devoted to the dialogue of Myth and Faith, illustrated by Spina with photographs of Cupid and Psyche, Paolina Borghese Bonaparte, Venus and Mars, the Lying Magdalen, Peace, and the Lamentation of Christ, while this, the second volume, revolves mainly around Myth. The sculptures on which the visual narrative focuses are: Dancer with Finger on Chin, Dedalus and Icarus, Theseus Defeats the Centaur, Naiad, Pius VII Praying, Venus and Adonis, and Sleeping Nymph.

Luigi Spina is a photographer. His work focuses on amphitheatres and the civic dimension of the sacred, the links between art and faith, the search for ancient cultural roots, and the physical impact of classical sculpture. His published works include L’Ora incerta (2014), The Buchner Boxes (2014), Hemba (2017), and Mythical Diary (2017). Spina has collaborated with Valeria Sampaolo and 5 Continents Editions to create the series Oggetti rari e preziosi al Museo Archeologico Nazionale di Napoli, whose titles to date embrace Memorie del Vaso blu (2016), Amazzonomachia (2017), Centauri (2017), Sette sapienti (2018), and Zefiro e Clori (2018). He has also published The Dancers at the Villa of the Papyri for 5 Continents Editions’s Tailormade series.

Prince Domenico Antonio Pallavicino (Stresa 1944) is the scion of one of the oldest and most prominent families in Genoa. After a classical education, he chose to study foreign languages and later joined his father in the management of the family’s assets. From 1980 he was Consul General of the Principality of Monaco in Genoa and Liguria. In 2018, his cosmopolitan vision and refined culture, as well as his love for art and history, led him to establish the Fondazione Pallavicino ETS, of which he is president.

Vittorio Sgarbi (Ferrara 1952) is an art critic, the curator of exhibitions with international relevance, a refined collector, and the author of several popular volumes on the importance of culture and art. Among his most recent publications, Dall’ombra alla luce. Da Caravaggio a Tiepolo; Dal mito alla favola bella. Da Canaletto a Boldini (La Nave di Teseo, 2019), instalments of the “Treasures of Italy” series. He is also a politician and an independent free thinker. 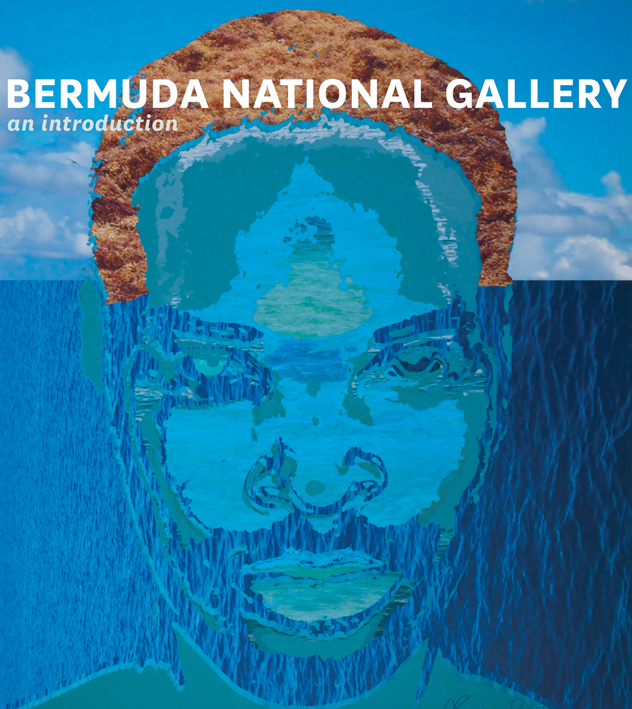 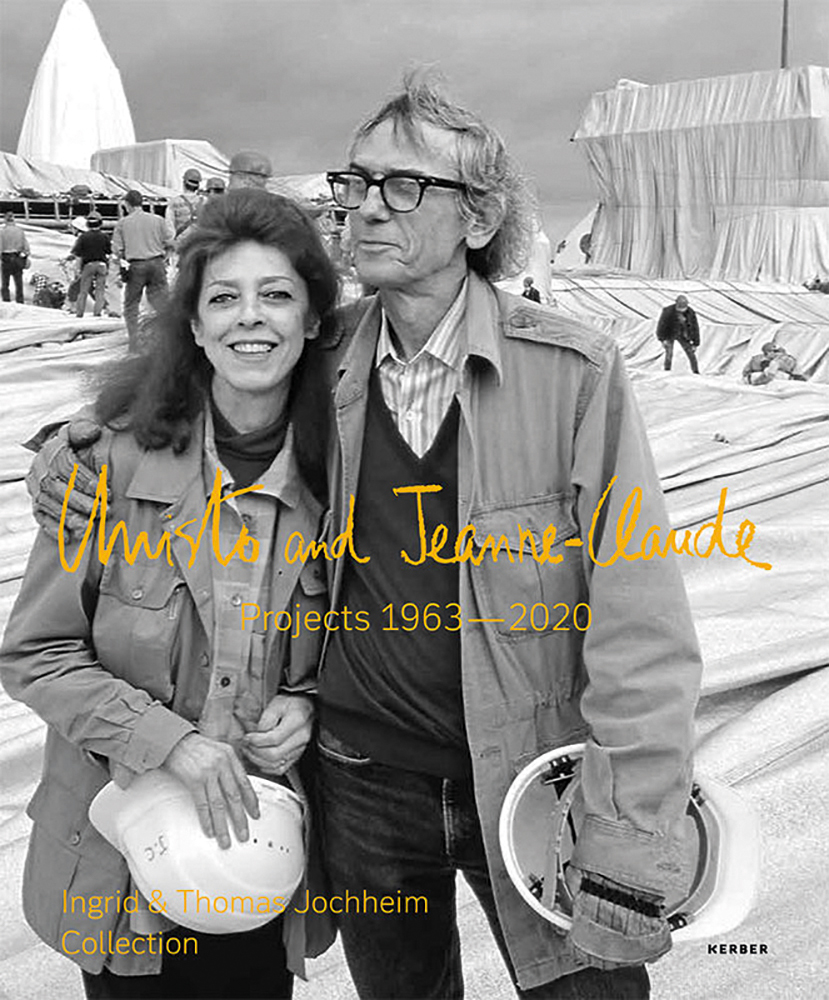 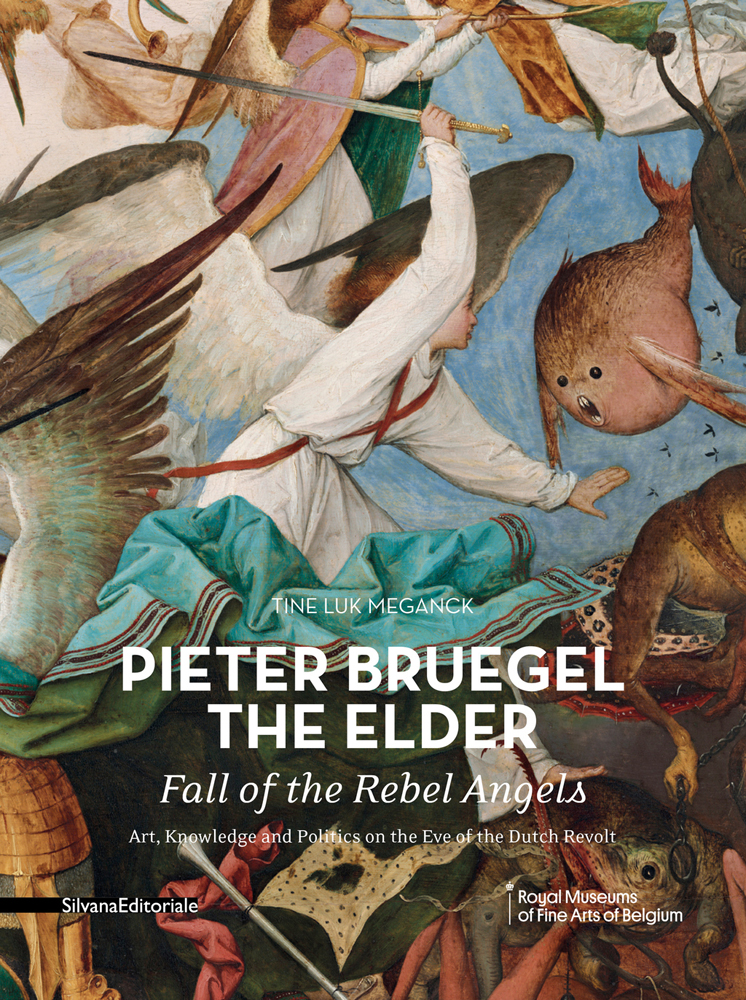 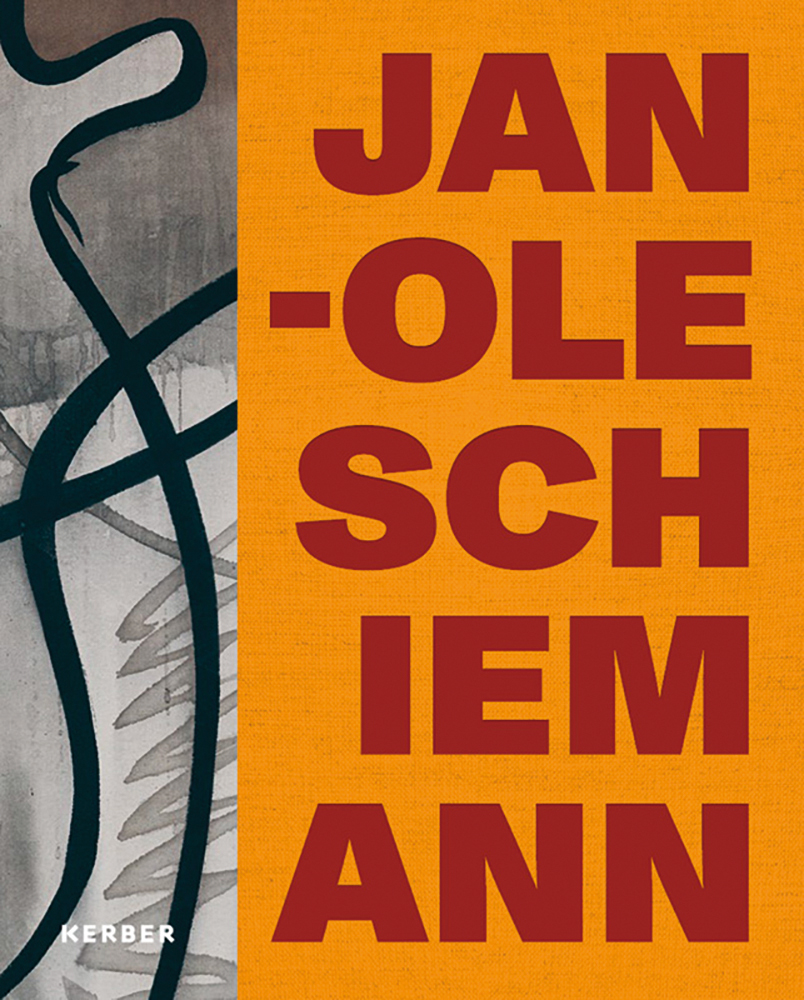