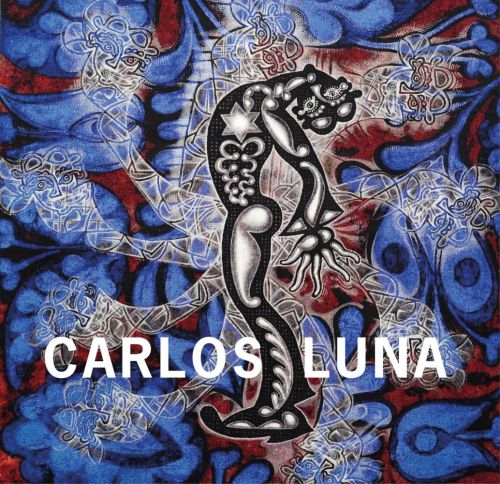 Carlos Luna, one of the foremost contemporary Cuban award-winning painters is part of a generation of Cuban artists who embrace their strong heritage and traditions but have reinvented themselves along the way. Thrumming with the spirit of Afro-Cuban tradition, Luna’s works range from jacquard tapestries, works on metal sheets, and Talavera ceramic plates to mixed media on wood and largescale oil paintings. This monograph illustrates Luna’s blend of influences from living and working in Cuba until 1991, then in Mexico for thirteen years, and now in Miami, since 2002. This book, lavishly illustrated, will take the reader through the artist’s amazing world of bright colours and will show, by a selection of plates and details, some unpublished works as well as his renowned masterpieces. Carlos makes visible the invisible, conveying messages and lessons from his past to offer to the present and future. His work is not on the surface, it is filled with subtle embedded messages. One must know the issues to decode. Often these messages are hidden in plain sight, lessons to be learned through reflection. His towering centerpiece, El Gran Mambo, a massive six-panel painting, which stood on display at the Museum of Latin American Art in 2008, serves as a focal point for 2015’s Green Machine: The Art of Carlos Luna at The Frost Art Museum in Carlos’s adopted home of Miami. Text in English and French.

Ramón Alejandro is a writer and painter who has lived in exile in Argentina, Uruguay, and Paris, France, and now resides in Miami, Florida. Ramón has a playful and vivid way of illustrating Luna's work. He uses comparisons to works that have transcended cultural barriers to illuminate the impact the artist's work has had on the audiences that have been exposed to it. Dr. Barbaro Martinez-Ruiz is Associate Professor-Section Head in the History of Art & Discourse of Art division at Michaelis School of Fine Art (Cape Town, South Africa). He also serves as editor for the Cuban Studies magazine and for Harvard University's Transition magazine and was a Pacific Standard Time LA/LA research fellow 2014-2017 at The Getty Research Institute, Los Angeles California. Henry Drewal has served as Curator of African Art at the Neuberger Museum-SUNY-Purchase (1986), The Cleveland Museum of Art (1988-90), and Curator of African Art at the Toledo Museum of Art (1989). Since 1991 he has been the Evjue-Bascom Professor of Art History and Afro-American Studies at the University of Wisconsin-Madison and Adjunct Curator of African Art at the Chazen Museum of Art, UW-Madison. Carol Damian, Ph.D., is Professor of Art History in the Department of Art + Art History at Florida International University. She has also written articles and art catalogues about many Cuban and Cuban-American artists such as Wilfredo Lam, Cundo Bermúdez, Luis Cruz Azaceta, Agustín Fernández, Emilio Sánchez, and Humberto Calzada. Jack Rasmussen is Director and Curator of the American University Museum at the Katzen Arts Center. He previously held Executive Director positions at di Rosa Preserve: Art & Nature, Maryland Art Place, and Rockville Arts Place. He was the owner and director of Jack Rasmussen Gallery in Washington DC.