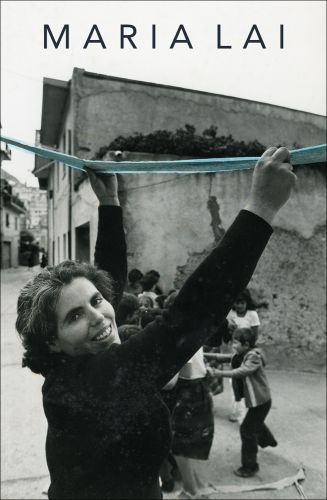 September 1981 marked a turning point in Maria Lai’s development as an artist. Her relational work Legarsi alla montagna, created at Ulassai, proved to be a watershed. The importance of this event meant that it became a central narrative episode in the monograph devoted to the Sardinian artist (1919-2013) edited by Elena Pontiggia.

The first part of the book, consisting of ten chapters, brings into focus the various fields covered in Lai’s oeuvre: embroidered canvases, books, geography, bread and stone, public works, and relational works. She was also interested in the theatre, the sacred in general, and nativity scenes in particular, and the way play is associated with art. The truth is, Maria Lai’s inspiration and the expressions of her passions came in a multitude of forms, all linked in one way or another to the family she grew up in and which always proved strongly supportive of her and her artistic endeavours.

The second part of the book concentrates on the notes Maria Lai took and the conversations she had with the writer Giuseppe Dessì, and with Mario da Candia and Giuseppina Cuccu, for instance. It closes with an essay that highlights the success her work enjoyed in the period 1943-93.

About the Author
Elena Pontiggia teaches the History of Art at the Accademia di Brera and at the Politecnico di Milano. Her writings on contemporary art appear in various newspapers and magazines and she has contributed to a column in La Stampa since 2011. She takes a particular interest in Italian and international art between the wars and likes to explore the relationship between the modern and the classic, as well as the writings of famous artists, publishing important theoretical works, from Cézanne and the avant-garde artists to Pollock. Elena Pontiggia has been a member of the scientific committee of the Fondazione Stelline in Milan since 2001 and was formerly on the scientific committee of the Padiglione d'Arte Contemporanea in Milan (until 1993) and a member of the Board of the Quadriennale di Roma (from 2002 to 2006).
Specifications