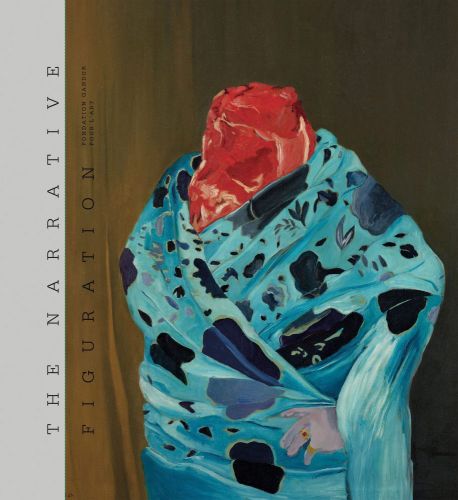 A new kind of figurative art appeared during the 1960s in Europe and the United States. While in New York Pop Art offered a fresh perspective on an America in the throes of frenzied change, in Paris French painters and others from Italy, Spain, Portugal, Germany and Iceland also began exploiting images that had their origins in advertising, cinema and the popular press. Grouped under the umbrella term Narrative Figuration, they soon became the uncompromising critics of what was dubbed the consumer society. They were for the most part politically committed artists and many of them were actively involved in the political agitation that led up to the events of May 1968 in France. Once standard bearers, the Narrative Figuration artists have now been rediscovered by museums, which, like the Centre Pompidou, are dedicating increasing numbers of exhibitions to their work. Thanks to the acquisition of major works, the collection of the Fondation Gandur pour l’Art in Geneva now provides what is without doubt one of the most exhaustive selections of works by Adami, Aillaud, Arroyo, Erró, Fromanger, Jacquet, Klasen, Monory, Rancillac, Schlosser, Stämpfli, Télémaque and Voss, to name a few. Edited by Jean-Paul Ameline, who curated the Figuration narrative, Paris, 1960-1972 exhibition, held at the Grand Palais in 2008, this catalogue includes all its key works, with commentary and analysis by curators and art historians specialising in a movement that left an indelible mark on 1960s Europe.

Jean-Paul Ameline was a curator at the Musée national d'art moderne de Paris (Centre Pompidou) from 1986 until 2013. He is a General Curator of Heritage and has organised numerous exhibitions, both in France and abroad. Yan Schubert has been the curator of the fine arts collection at the Fondation Gandur pour l'Art since 2011. Trained as a historian, he has taught at the universities of Geneva and Lausanne (2003-2011) and has been a visiting researcher at the Haute École d'Art et de Design (HEAD) in Geneva (2012-2014).