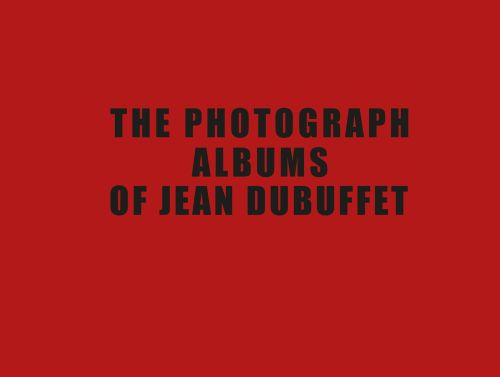 In the years 1945-1963, Jean Dubuffet set about documenting his collection of Art Brut. He had the pieces photographed by recognised photographers on the Paris art scene, including Henry Bonhotal and Emile Savitry. But he also had pieces photographed that were not in his own collection, including works that interested him because, like Art Brut, they were marginal to the official art world. These notably include works of popular and naïve art, children’s drawings, tattoos, graffiti photographed by Brassaï and graphic works from the Solomon Islands. Dubuffet arranged these photographs of artworks by over a hundred artists – including Gaston Chaissac, Aloïse Corbaz, Joseph Crépin, Auguste Forestier, Somuk and Adolf Wölfli as well as anonymous artists – in extraordinary sequences contained in 14 albums (755 pages in total). These have been preserved since 1976 in the archives of the Collection de l’Art Brut, Lausanne. Classified by artist, the images document paintings, drawings, embroideries, sculptures and collages. In assembling this image bank in the years 1945-1963, Dubuffet set up a dialogue between highly diverse forms of expression of his period, all of which flowered away from the more familiar terrains of art history and culture. This facsimile edition of the Photographic Albums of Jean Dubuffet is combined with a booklet of essays by specialists: preface by Sarah Lombardi, Director of the Collection de l’Art Brut and essays by Baptiste Brun, Nicolas Garnier, Karoline Lewandowska, Jean-Hubert Martin, Jérôme Pierrat and Michel Thévoz. Text in English and French.

The art historian Sarah Lombardi has been the fully-fledged director of the Collection de l'Art Brut since March 2013. Immediately upon taking over as the museum's director, Sarah Lombardi gave priority to highlighting the museum's collections: this included the creation of a new publication series entitled Art Brut: The Collection intended to accompany the Art Brut Biennales. The resulting thematic shows present works exclusively from the institution's own holdings. She has also published numerous essays on Art Brut and directed several books on this topic. Baptiste Brun is a lecturer in the history of contemporary art at Rennes 2 University. He wrote a dissertation on Jean Dubuffet. Nicolas Garnier is an anthropologist and a researcher at the University of Papua-New Guinea from 2003 to 2016. He is currently in charge of the Oceania collections at the Musée du Quai Branly-Jacques Chirac, Paris. Karolina Ziebinska-Lewandowska is curator for the photography collection at the MNAM Centre Pompidou. In the years 1999-2010 curator at the Zacheta National Contemporary Art Gallery, Warsaw. She was co-founder of the Photography Archaeology Foundation and its president until 2014.