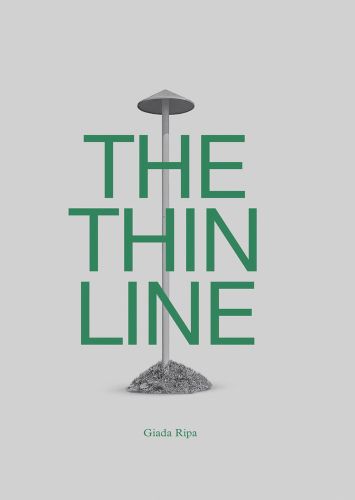 Giada Ripa’s photos form an itinerary of landscapes traversing Italy, North to South, focusing on five regions: Friuli, Lombardy, Tuscany, Abruzzo, and Sicily. This account is not limited to a photographic album; rather, it calls upon champions from each area who, through engaging interviews, describe the positive impact on its territory of the commitment of an important local business. Concrete examples of this cooperation are the environmental revival carried out in the Prealpi Giulie Nature Reserve in Friuli, the conservation of local species of flowers carried out with the cooperation of the Botanical Gardens in Palermo, and stretches of land made available and leased free of charge.

Thus, The Thin Line represents a hope, but also an awareness of the territory and of those who not only inhabit it now, but will come to inhabit it in the future.

Text in English and Italian

About the Author
Giada Ripa is a photographer. After studying at the ICP in New York, she worked as a correspondent for the Grazia Neri agency, publishing her work in several Italian and foreign magazines. She later devoted herself to personal projects and commissioned work that led her to travel the world. She has shown her work in several museums and galleries, including the Musée Botanique in Brussels, the Royal College of Art in London, the International Center of Photography in New York, the Moscow Museum of Modern Art in Russia, PS122 in New York, Art-Hub in Shanghai and Beijing, Palazzo delle Esposizioni in Rome, and the Arsenale in Venice. Among her most relevant works is Displacement, the first photographic book created by Moleskine and presented during a solo exhibition at the Moscow Museum of Modern Art; and The Yokohama Project 1867–2016 presented at Kyotographie in Japan, at the Paris Biennale, at Paris Photo, and on other important occasions in Europe. Giada Ripa was also shortlisted at the Premio Terna, recognized as a Vevey International Photo Award finalist, and nominated twice for the Prix Pictet for The Invisible Pipeline and The Thin Line.

Pippo Ciorra, architect, critic, and teacher. He is the author of essays and articles published in newspapers and magazines. He has also written monographs and texts on cities, museums, photography, and contemporary Italian architecture. In addition, he has curated and mounted shows in Italy and abroad.