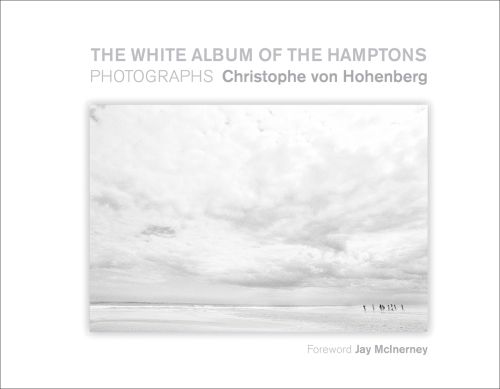 The White Album of the Hamptons

Photographer Christophe von Hohenberg’s photographs give the impression of squinting against the glaring summer sun-bleached out details blur and feint gestures carve out the presence of figures against the vast oceanic expanse. Allowing himself to be “blinded by the light” von Hohenberg has found harmony on the beaches of the Hamptons, a place that cleanses, renews, and soothes.

As delicate smears and ghostly shapes flesh out the familiar yet distant dreamscape of the beaches, von Hohenberg’s photographs intimate an ineffable feeling-haunting, serene, and sublime. The White Album of the Hamptons
provides a visual record of von Hohenberg’s experiment in capturing the soul of the Hamptons and its unseen world of transcendent illumination through black-and-white photographs.